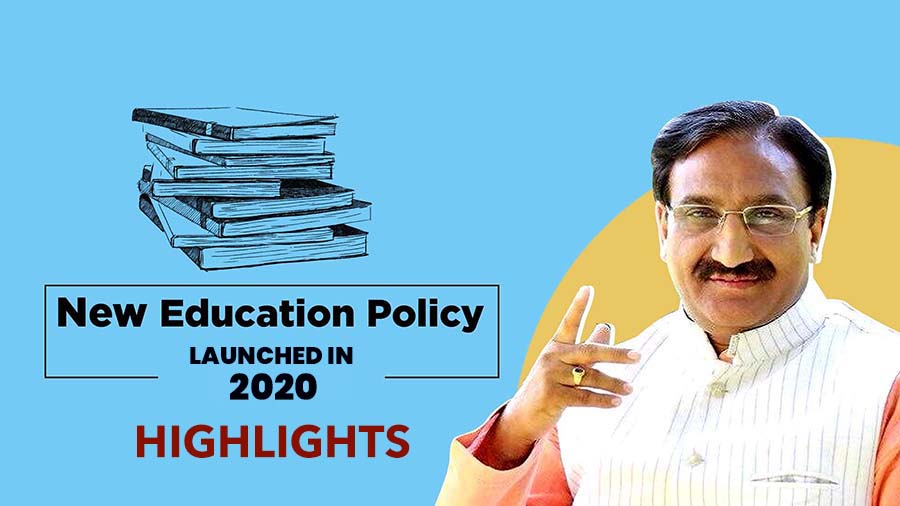 The new National Education Policy (NEP), which was approved by the Union Cabinet, is expected to bring a flurry of reforms, ranging from school curriculum reductions to the abolition of MPhil programs.

The NEP aspires to develop an education system that directly contributes to the country’s transformation by delivering high-quality education to all citizens and developing India into a global knowledge superpower.

The new education policy 2021 was adopted by the Modi government. The 10 + 2 structure has been fully eliminated in the new education policy. Our country’s educational curriculum has been based on 10 + 2, but it will soon be based on 5+ 3+ 3+ 4. This means that one-half is from primary to second grade, the second portion is from third to fifth grade, the third part is from sixth to eighth grade, and the last part is from ninth to 12th grade. Learn about the 5 + 3 + 3 + 4 format in this article.

We’ll provide you a quick overview of the “New Education Policy 2021,” including the Scheme Benefits, Key Features.

Let’s Understand everything about NEP.

What is the NEP?

The Indian government’s New Education Policy is referred to as NEP. It was last modified in 1992 after being drafted in 1986. The Modi-led BJP government vowed in its election manifesto to create a new education policy, or NEP, to bring about changes in the education sector.

A panel of specialists, led by former ISRO chief K Kasturirangan, discussed the difficulties and adjustments that need to be made in the Indian education system, which included everything from school to college to recruitment. These proposals were gathered, and the Ministry then approved them.

Schooling starts at the age of 3 years now

The New Education Policy extends compulsory schooling from the age bracket of 6-14 years to 3-18 years. The NEP includes three years of previously unrecognized pre-schooling for children aged 3-6 years in the school curriculum. The new system will include 12 years of formal education and three years of Anganwadi/pre-school education.

Mother tongue as medium of instruction

The NEP emphasizes pupils’ native language as the medium of teaching while adhering to the “three-language formula” and ensuring that no language is imposed on anyone. The NEP simply suggests using the mother tongue as a medium of instruction rather than making it mandatory.

According to the policy paper, children learn and grasp non-trivial topics faster in their native language.

The Higher Education Commission of India (HECI) will be established as a single umbrella body for all higher education in India, excluding medical and legal education. Regulation, accreditation, and academic standards will all be governed by the same set of rules for public and private higher education institutions.

In 15 years, the government will phase down college affiliation, and a stage-by-stage procedure for providing colleges with graded autonomy will be formed.

There would be no formal distinctions between arts and sciences, curricular and extra-curricular activities, or vocational and academic programs under NEP 2020. Students can choose from a variety of disciplines throughout the streams. Internships will be included in vocational education, which will begin in sixth grade.

Under the NEP, undergraduate degrees will last three or four years, with several exit alternatives available during that time. After one year of study in a topic or field, including vocational and professional fields, colleges will be required to award a certificate, a diploma following two years of study, or a Bachelor’s degree after a three-year program.

The government will also create an Academic Bank of Credit to store academic credits earned at various HEIs digitally so that they can be transferred and counted toward a final degree.

Finally, based on the foregoing points, we can conclude that this policy implements much-needed adjustments. There was no uniform system in place, which has now been eliminated. It has more transparency and a single national agency in charge of overseeing the whole education system in the country.

What Is The Difference Between AI and ML Learning?