Home » Blog » What is GMAT and How to Prepare for it ? 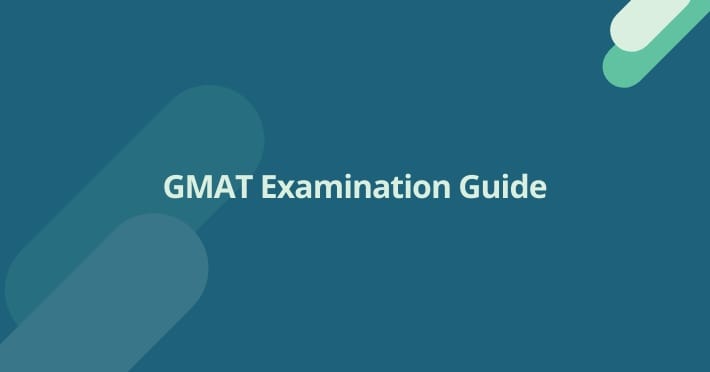 “In an email, Vineet Chhabra, senior director of product management at the Graduate Management Admission Council, the nonprofit that administers and designs the GMAT, wrote: “It’s a test of reasoning skills.

It’s not only about knowing things; it’s also about what you can do with that information and how you can put it to good use during business school. It is more in line with what business people do on a regular basis.

The GMAT is a nearly three-and-a-half-hour business school entrance exam that consists of four parts:

There are certain queries related to the GMAT Exam Preparation such as :

Q. How Long Should I Study For the GMAT?

A. According to experts, an MBA applicant’s GMAT score is connected with the number of hours spent studying for the exam, but there is no hard-and-fast rule about how much prep time is required because it varies for every student.

According to us, the length of time spent on test prep is determined by an applicant’s comfort level with logic tests as well as the target score’s ambition.

Q. Which GMAT Test-Prep Methods Should I Use?

A. Experts warn that self-study for the GMAT necessitates discipline.

In an email, Stacy Blackman, owner of Stacy Blackman Consulting, an MBA admissions consulting firm, stated, “Some applicants can manage with self-study, but we find that a class, or even better, a private tutor, helps to keep students on track and reinforce the study regimen.”

Signing up for a GMAT-focused meetup, according to our team, is one method to discover a test-prep support group. We also advise MBA candidates who are deciding on a test-prep approach to consider what worked best for them in college.

Thus based on the expertness of our team and on the basis of answers of various queries raised by GMAT Candidates.

Don’t just start studying and assume that the more you study, the better you’ll do. While that is true, you will reach the point of diminishing returns. You may study for five hours per week, and after two months, be able to score a 660 when your initial practice test was 475. Put in another two months of 5 hours per week, and you may only be able to score a 690. In the eyes of many admissions committees, a 660 and a 690 are not that fundamentally different. Because the GMAT is just one part of your application, you’d be better off spending that extra two months preparing your essays and application than boosting your score from 660 to 690.

Setting a target GMAT score that is related to the middle 50% of the scores at the top three to five MBA or business master’s programs to which you are applying is critical. It’s time to take the GMAT exam once you’ve obviously scored in that range. Setting a target score gives you a direction to work toward in your GMAT preparation

2. Understand your starting point relative to that target by taking a diagnostic practice test

You should take a practise test as soon as possible during your GMAT preparation for two reasons:

Second, taking a practice test early on can help you figure out where your current strengths and limitations are. You’ll be able to tell whether you’re stronger at IR, verbal, or quantitative questions. You’ll learn which question types and ideas you need to spend more effort on by reviewing missed questions in greater depth.

3. Reflect on your learning style, degree of self-motivation, and personal preferences to choose a method of GMAT prep

Self-study combined with a self-paced app can be a viable alternative if you are internally driven, strong at following to schedules, and don’t need to score higher than a 720. However, if you aren’t self-motivated, a class or individual instructor can help you stay on course.

There will almost always be a precise curriculum offered to you if you are self-studying with a book, taking a class, or using a self-paced course. Based on the findings of the diagnostic described above, you should always alter this curriculum to create a tailored study plan.

Make it a habit to take practise examinations on a regular basis for three reasons:

1. To track and measure your progress

2. To become accustomed to performing under time constraints.

3. To go over any overlooked difficulties and make sure you know what went wrong.

For GMAT exam success, be strategic and put your best foot forward. The major point: before you start studying for the GMAT, take a step back and map out your study method and general approach. It’s possible that what worked for your closest friend won’t work for you.

Scope for Distance Learning in the Post-Pandemic World

MBA Specialisations That Have an Impact in International Market

Which MBA course is best for Banking